There’s been a lot of it this year. Even the U.S. South which closes schools and roads when there is only an inch or 2 is just recently melting from several inches which totally shut them down (Cough-Wimps-Cough) for darn near a week. Here in Mo, they’re calling for more snow this week.

After the snow there is always the soggy, muddy mess that is left behind until the warmer/drier days reappear to dry up the mush. Days are still gray and dull here in mid Missouri and I am looking forward to the signs of life, the sprigs of green to appear on the ground and in the trees, when spring is on our doorsteps.

Here are some pictures I took last spring to remind us all what is just around the calendar corner. Spring waits to greet us in the matter of more than a few weeks. 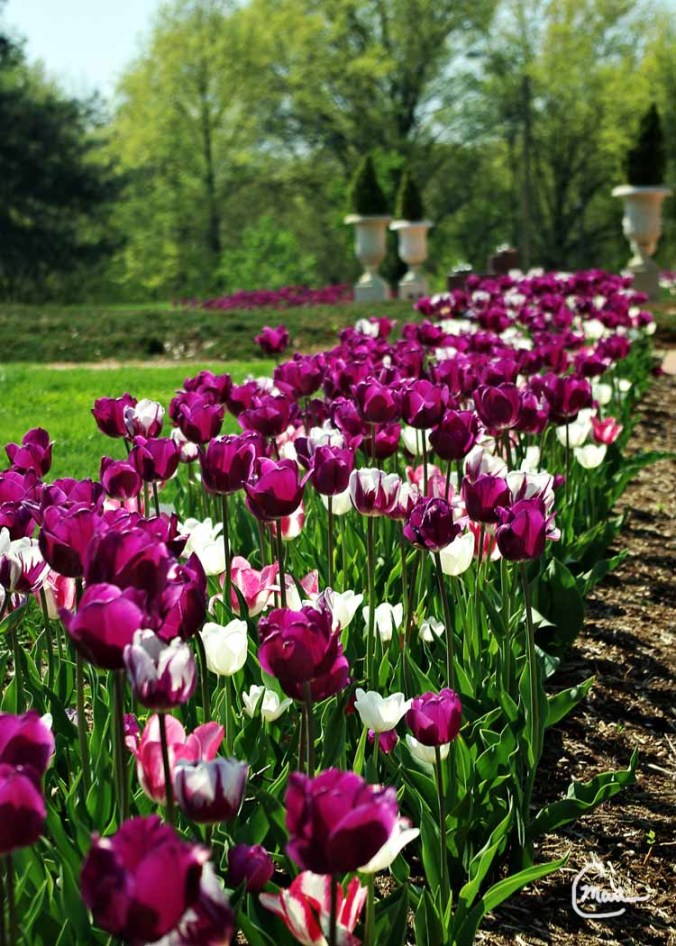 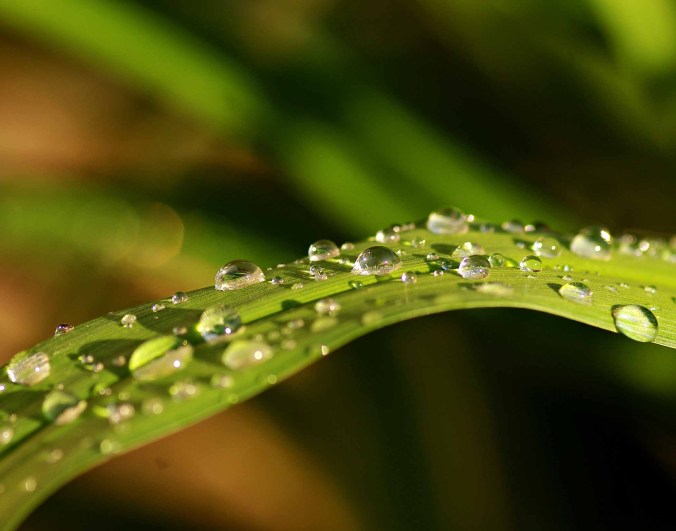 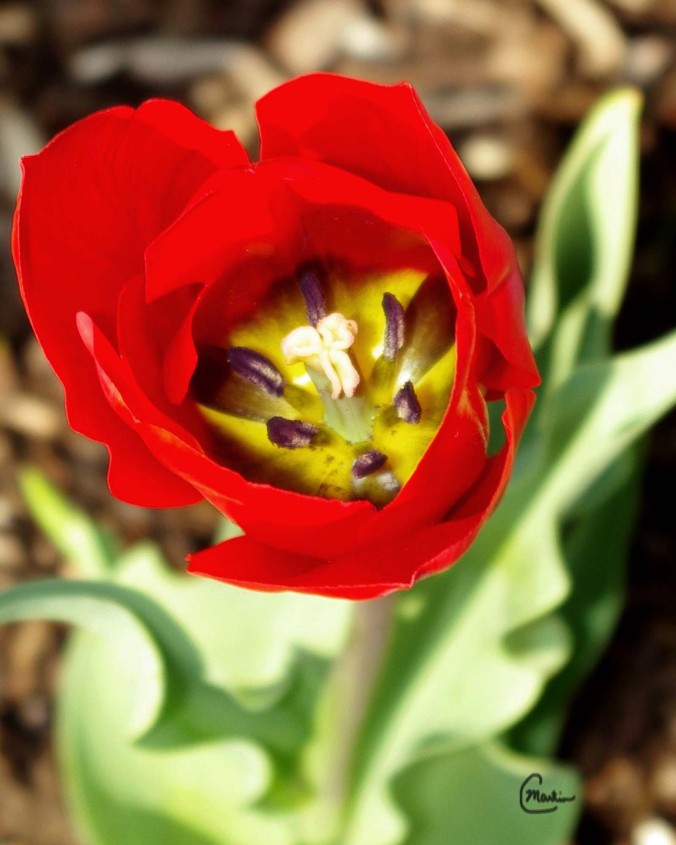 I did a little redecorating yesterday.

The simple, easy kind of re-decorating. I changed out pictures on my wall.

Take the old down, put up different ones & now I have a refreshed look to my room.

I love it when a plan comes together.

While out photographing, I try to keep in mind a ‘trio’ of pictures. A set of 2 or 3 that would look good together on one wall.

In this particular trio my main photo was the St. Louis arch in the springtime, by the lake, with trees flowering everywhere. It was truely a pretty sight to behold.

I took my main photo, the one of the arch, then I took one of a few of the dogwoods by themselves, and one, from another perspective, of the lake.

Badda bing, there is my trio. It all seemed good in my head,

but I wasn’t sure one of my new favorite ‘trio’s would look good in my living room.

I don’t know why I thought they may not look good in my living room, I think I worried for nothing. 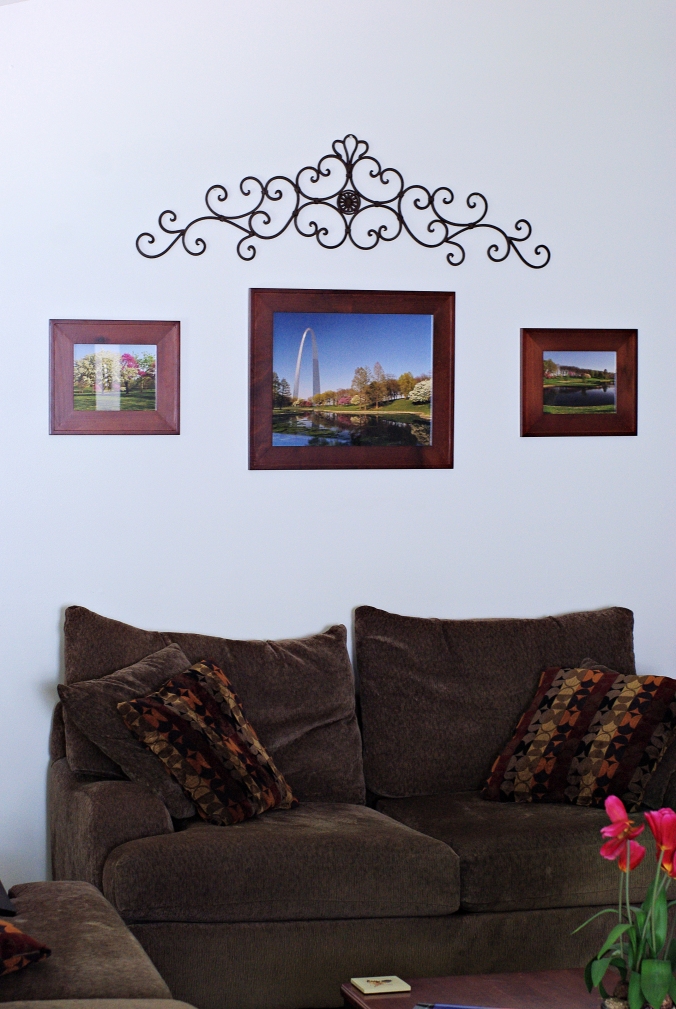 Sometimes I read about places people have been, or even where they live and I see pictures of these places and ‘wanderlust’ strikes hard.

I want to see things, go places, enjoy this world of ours in all its beauty.

And then a morning like the other morning comes about and again, I remember to be thankful for the area I live in.

I wake up earlier than normal for work, grab G2 (my camera, yes thats its name, hubby is G1) and I head out.

I am fortunate to work close to a wildlife preserve, Busch’s Wildlife.

Its an area of many lakes and walking trails. The scenery is beautiful nature.

It isn’t anything spectacular, there are no mountains, no canyons, no oceans, no craggy rock formations. Just the outdoor basics.

Its a place of peace, to be quiet with nature.

Wait, did I say it isn’t anything spectacular? 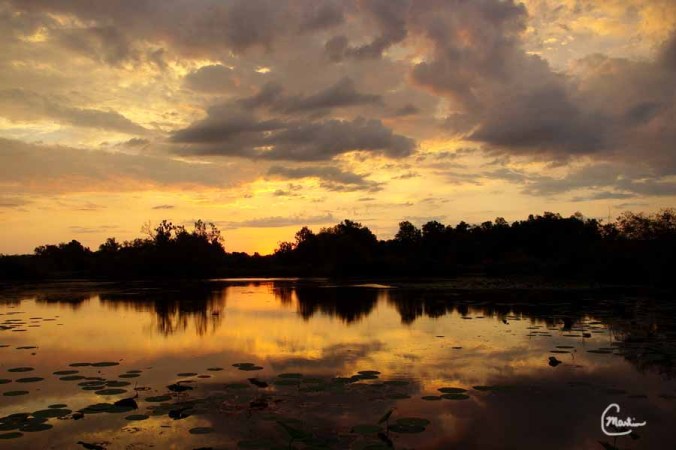 Well, maybe I was wrong….

I am wrong once a year.

As I walked from the lake, back to my car, the crisp morning air wrapped around me and made me feel alive,

This earth is our gift and we should appreciate all of its wonders.

The utter quiet of the morning was shattered by their calls, it was a stark reminder that autumn approaches.

I am fortunate to live in a place of seasons.

(Remind me of that in February ok?)

I drove the gravel roads, from one lake to another, admiring the different ways the beauty glowed in the early morning light. 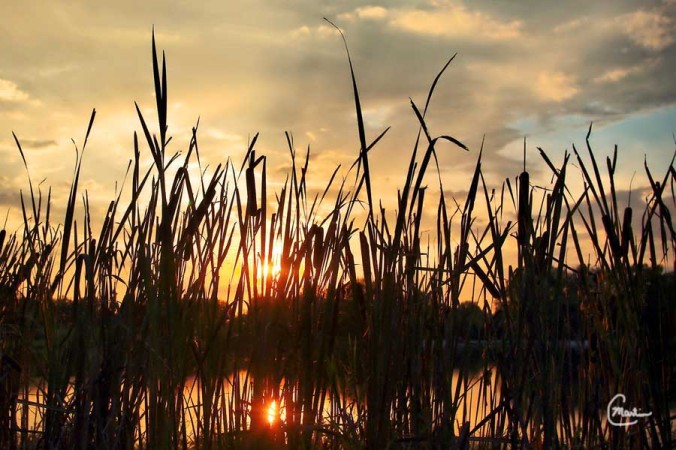 Then the clouds moved in, and covered the sun.

Did you know the best time to photograph outside is on an overcast day?

Unless of course you are photographing the sun.

Then maybe not so much.

I broke out my Macro lens, just a few more shots,

its getting to be that time,

time to go to work.

I doubt there are many better ways to start one’s day.

Earlier, when I said ‘nothing spectacular’,

I guess that depends on when

and how you see it.

On our way home from the farmers market, my husband suggested we stop at this small diner-type restaurant for breakfast. I had been curious about it for a long time so thought it was a great idea. Just from the outside I got the feeling of nostalgia, it was a small town diner from yester-year.

You see, the town I live in is the town I grew up in. I’m nearing the big 4-0 but when I was a child, this town was “out in the stix”. It was country. I lived in one of the ‘new subdivisions’ that started popping up here in the mid 70’s. Our main highway was a winding 2 lane country road. We had to drive ‘into town’ a whole 5 to 8 miles to get to the store, unless the “Hucks” gas station just down the road had what we needed.

Yes, a subdivision surrounded by corn fields & country roads is pretty much where I grew up.

Only, as I was growing up, so was the area around me.

One by one the corn fields became subdivisions. The fields for grazing cattle became bigger highways or shopping malls or strip malls. More land was dozed to create schools to handle all of the people moving to the burbs. I guess since it happens so slowly, yet in retrospect, so quickly, you dont notice as much the little things that you miss about ‘small town’.

The abscence of traffic.

The abscense of stop lights & stop signs at every intersection.

Rooftops now fill my views where once you felt like you had elbow room.

Gone are the lines made by the rows of corn that now seem almost theraputic to the eyes.

Maybe its just the simplicity of it all that I miss so much. Maybe its the quiet.

This is what going into that diner this weekend reminded me of. It was so ‘retro’ in that small town, country way. License plates, old & new hung on the walls along with signs from the old diner days. The seats were the old formica type of booths, room for 4. It amazed me that places like this still existed in the middle of a thriving, overpopulated suburbia. The waitresses called people by their names and as some of the customers left, they said “Bye, see you next Saturday!” Yep. it was a cozy, familiar, time warp that made me long again for the country way of life.

I’m a country girl at heart, surrounded by a suburbia that came in and took over like a rash. Oh there are positive sides, like the fact that before the economic downturn, more jobs were created closer to home. It used to be you’d have to drive into the city of St. Louis (about 30 miles) to get a decent job. Now there are more out here, in fact , I work only 8 miles & 21 stop lights away from home. (I’m not kidding about the stop lights, I’ve counted).

The people here, even though there are literally tens of thousands more than when I was young, they are mostly good. Its still a freindly, clean, safe place to live.

There are still places within driving distance that have not been taken over by suburbia, but now, since acrage is more scarce its also much more expensive. Usually the only homes built with any acrage now are beyond my price range by far.

Even my old High School is no longer recognizable. It used to sit on an old army base. Where the old army barracks used to house the offices for the school, now have long been torn down and a huge new state of the art gymnasium now stands. The school used to be an interesting mix of farm kids and the first suburbia subdivision kids (like me) to inhabit the area. Now the kids are all suburbia kids with possibly a few farm kids but I doubt there are more than a handful of those.

Life is change, I get that. I accept that even.

I love my town, in fact, I’ve never lived anywhere else.

Sometimes though I can’t help but miss the way it used to be.

The images shown here are the property of CMartin they may not be used elsewhere without written permission from Christy Martin. All images are protected by copyright. You can purchase copies of my photos here: www.cmartinphotostl.com

Explore my website for decor for your home or office. Custom sizes available upon request. <Check it out

Welcome to my Blog!

Hi and Welcome, glad you stopped by! Sign up for an email subscription to get the latest posts/recipes/ramblings delivered to your inbox. Also click inside this box to visit my website. There you can explore and purchase art for your decor.